Ji Xinhua is walking on clouds. Two months before his 41st birthday, his company UCloud Information Technology overcame the hurdle that had tripped up dozens of larger Chinese companies and driven them half a world away to New York to raise funds.

UCloud, which helps customers store computer data in the cloud, became the first company with a dual-class shareholding structure approved to list on China’s Star Market. UCloud’s shares, offered at 33.23 yuan (US$4.73), more than doubled during their trading debut in Shanghai and soared to a record 115 yuan by the 16th trading day.

That made Ji, who owns 50.8 million UCloud shares, or 12 per cent of the company, a multimillionaire, one of more than 130 minted by the Nasdaq-style market in the 12 months it’s been operating.

“We may have opened a floodgate for other promising tech companies to access funding on the domestic market,” Ji said in a phone interview with the South China Morning Post. “Many friends said at that time that they would seek overseas IPOs if we failed to pass through the review.”

The significance of UCloud’s successful initial public offering (IPO) cannot be overstated. Dozens of China’s biggest start-ups including the internet search engine Baidu and this newspaper’s owner Alibaba Group Holding were driven to New York over the past two decades to seek funding.

Now, as relations between the world’s two largest economies deteriorate to their worst in decades, and as US politicians are taking a strident stance to fence off Wall Street, more and more Chinese companies are choosing to stay home.

The trend, combined with a steady exodus of multibillion-dollar Chinese companies from Nasdaq and the New York Stock Exchange (NYSE), has gotten some US financiers concerned. As many as 156 Chinese companies worth US$1.2 trillion were listed on Nasdaq, NYSE and the NYSE American small-cap market as of February 25, 2019, according to the US-China Economic and Security Review Commission.

Competition is mainly coming from two fronts: the Stock Exchange of Hong Kong, which has occupied the pole position of global IPOs in seven of the past 11 years, and the Star Market in Shanghai, which was conceived a mere 18 months ago precisely to encourage China’s home-grown technology champions to stay home.

“The Star Market is undoubtedly a pioneer in China’s market reforms,” said Wei Shanwei, deputy general manager of Huajing Securities in Shanghai who oversees the brokerage’s business linked to the tech board. “We have advised new-economy companies for many years, and the reforms at the Star Market were simply unimaginable in the past.”

The Star Market, also dubbed the technology innovation board, was ordered into existence by Chinese President Xi Jinping in November 2018 during the inaugural import exposition, a policy edict that supplemented the nation’s export-led growth model with a focus on consumption.

In just 12 months, the Nasdaq-like bourse ” it avoided using the “dealers automated quotation” acronyms adopted by others ” expanded to become Asia’s biggest growth market for technology companies, capitalised at 2.8 trillion yuan (US$400 billion) with 133 companies listed.

South Korea’s Kosdaq, with 1,400 listed stocks since it came on line in 1996, is in second place on US$246.4 billion, while the 29 year-old Jasdaq in Tokyo is worth US$86.3 billion. Hong Kong’s growth enterprise market (GEM) is valued at a mere US$8.8 billion, while Malaysia’s Mesdaq barely lasted five years before being folded into its parent Bursa Malaysia in 2002.

Nasdaq, home to five of the 10 most valuable companies on the planet, and four of the world’s five trillion-dollar companies, remains the most valuable tech board, capitalised at US$16.2 trillion.

The biggest boost to the Star Market in the past year was the July 16 listing of Semiconductor Manufacturing Industry Corporation (SMIC), China’s largest producer of silicon chips.

The Shanghai-based company, which was already listed in the US and in Hong Kong, announced its exit from New York in May last year, right after US politicians ” led by the former White House chief strategist Steve Bannon ” began their drumbeat to eject Chinese companies from US exchanges.

Fourteen months after declaring its intention to quit New York, SMIC raised 53.3 billion yuan on the Star Market, where its shares tripled on debut. The company is now capitalised at 263 billion yuan, many times its size when it languished for 16 years as a barely traded American Depositary Receipt in New York.

“The companies listed on the Star Market will be able to achieve a higher valuation” than in Hong Kong or elsewhere, because “Chinese investors are more familiar with innovation and new technology companies,” which would create competitive pressure to other markets, said Louis Tse Ming-kwong, managing director at Hong Kong-based VC Asset Management.

Lufax, P2P fintech backed by Ping An, said to target US listing this year

The Star Market took eight months to leap from the Chinese president’s edict into operation, a frenetic pace with the Shanghai Stock Exchange (SSE) in the driver’s seat. In contrast, the ChiNext market in Shenzhen for start-ups took a decade for the China Securities Regulatory Commission (CSRC) to press the start button.

The Star Market is booming, with the average daily transactions more than doubling compared with a year ago when 25 companies made their debut.

More policies are in store to spruce up the market’s credibility and attractiveness. The SSE, the parent of Star Market, launched an index on the growth bourse’s first birthday to track the 50 biggest listed companies to give passive funds a performance benchmark. It beat the debut of the Hang Seng Tech Index in Hong Kong, created to give investors a broader view of the performance of the biggest hi-tech companies trading in the city.

The next growth spurt for the Star Market will come from Ant Group, the Alibaba affiliate and the online payment operator for the world’s largest e-commerce platform.

The Hangzhou-based company this week announced a plan for a dual listing in Hong Kong and Shanghai that would value it at more than US$200 billion, possibly topping Saudi Aramco’s US$26 billion IPO as the largest in global financial history. Ant Group could raise US$10 billion in Hong Kong, and more in Shanghai, according to people familiar with the matter.

A successful IPO by Ant Group could pave the way for more Chinese companies to seek dual listings, and secondary listings between China and Hong Kong, traders said. Junlebao Dairy, a milk producer based in Hebei province, plans to raise at least US$700 million in a dual listing in Shanghai and Hong Kong, Bloomberg reported after Ant Group’s announcement this week, citing people familiar with the plan.

“Many of the unicorns are funded by US, Hong Kong, European and Japanese private-equity funds, and they prefer dual listings, which give them an exit through Hong Kong, while they enjoy higher valuations in China,” said Anthony Neoh, the chief advisor to the Chinese securities regulator from 1998 to 2004.

“So they get the best of both worlds through dual listings. The markets complement each other quite well.”

To be sure, the Star Market’s razzamatazz is starting to put some investors on edge. Average prices soared to 109 times earnings, twice as expensive as Nasdaq, and pricier than Kosdaq at 91 times, and 29 times on Jasdaq, according to Bloomberg data.

The pricing has evoked memories of China’s 2015 market rout, where valuations soared to a record US$10.05 trillion, two months before a tumble that wiped out US$5 trillion in value.

“In terms of valuation, we believe a bubble is already happening,” said Mark Dong, co-founder of Minority Asset Management in Hong Kong, whose main trading strategy is now to sell the IPO shares during their trading debuts on Star Market to pocket the first-day gains. The strategy has paid off, as Star Market’s debuts have soared 163 per cent on average.

The increased supply of stocks available for public trading is another concern, with some investors saying it will siphon off funds from existing equities.

As many as 3.1 billion shares valued at 188 billion yuan held by pre-IPO investors including founding shareholders and venture-capital firms can be traded freely this week after the one-year lock-up period, according to Shanghai-based data provider Wind Information.

‘China’s Nasdaq’ mints a billionaire a month in tech frenzy

“Selling pressure does exist,” said Chen Ping, a fund manager at HSBC Jintrust Fund Management in Shanghai. “The significant gain on the Star shares will prompt some shareholders to sell on the expiry of the lock-up period and the stocks tend to fall before selling really comes.”

Still, the overall impact would be muted, given the recent resilience of the Chinese markets and the impending launch of index funds focused on the Star Market, which will soak up the glut of stocks, Chen said.

Four firms including E Fund Management and China Asset Management have already applied to the regulator for exchange-traded funds linked to the underlying Star Market 50 index, according to media reports.

So far, investments on the Star Market have helped shield traders from the economic havoc wreaked by the global coronavirus pandemic.

Earnings among Star-listed companies rose 14 per cent on average in the first quarter, due perhaps to the “window dressing” effect created by the influx of profitable companies to qualify for listings, compared with the 42 per cent slump among Main Board-listed companies in Shanghai.

Star Market companies may hold on to their elevated valuations, as higher research expenditure leads to faster earnings growth, according to Galaxy Securities. The expense as a percentage of sales is 13 per cent on average, compared with 5.6 per cent for the peers on the main board, according to the brokerage.

UCloud’s successful listing is turning Ji into a management consultant of sorts, as he now has to fend off dozens of inquiries every day by technology founders for advice.

They want to know how they can list their companies with multiple classes of shares, and prepare for the hundreds of questions they must answer to pass the Star Market’s approval process.

UCloud went through seven rounds of interviews by the Star Market’s listing review committee, compared with the usual three rounds for other companies with more conventional shareholding structures on the same bourse, Ji said.

“I am now no less than an expert in the financial services industry, because many friends have come to me hoping to dig out details of the listing process,” he said. “Their questions include detailed steps and difficulties in the application procedure.” 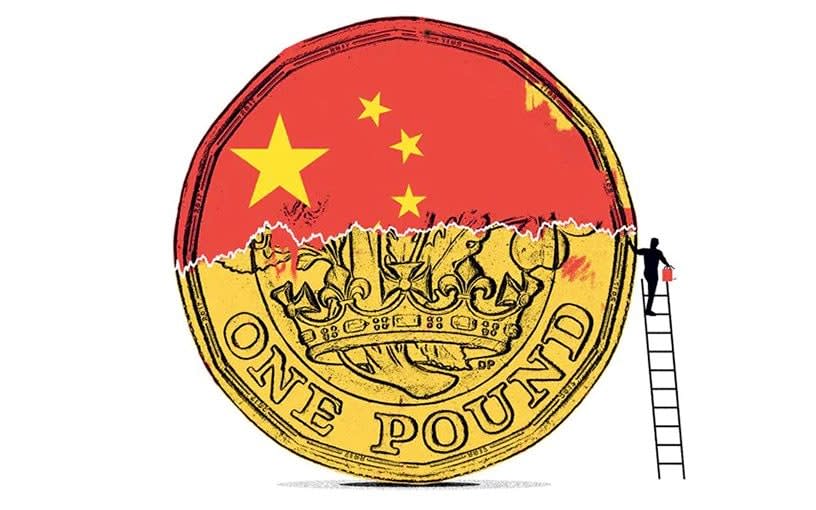 How China’s influence extends deep into the UK economy

Work Hard and Earn Big: The Most Profitable Service Businesses

What you need to know about capital in business finance

What you should consider while choosing best office chairs