Fleishman Is in Trouble (premiering November 17 on FX on Hulu) is not just a sterling adaptation of a novel—in this case, Taffy Brodesser-Akner’s 2019 best-seller, which the author herself expands over the course of eight episodes—but a great work of art about middle age, as rich in complexity and detail as it is in emotion.

The series tells the story of a group of tri-state area friends reconnecting at a particularly chaotic and calamitous turning point in their lives. It locates universes of profound truths in quotidian encounters and experiences, tracing lines between yesterday and today, the heartbreaking and the euphoric, and the glorious and the grotesque in an effort to understand that precise moment when youth ends—and, with it, a sense that anything and everything is still possible. Funny, touching and wise, it asks a fundamentally difficult question—“How did I get here?”—and then, miraculously, manages to answer it.

Toby Fleishman (Jesse Eisenberg) is a Manhattan liver doctor who recently moved into a ho-hum new apartment in the wake of his contentious split from theater talent agent Rachel (Claire Danes). Introduced to the wonders of dating apps, Toby is a historically insecure man transformed into a kid in a carnal candy store, drowning in sexts and one-night stands of every kinky variety. Having never enjoyed such delights before—since this techno-hook-up scene emerged after his nuptials—Toby is giddy over the promise of every new phone message.

Nonetheless, that excitement coexists with myriad less pleasant day-to-day issues, from dealing with patronizing upper-crust acquaintances of his wife (who assure him that they’ll remain his friend), to navigating a workplace that doesn’t totally value or respect him, to a combative ex-wife who, at tale’s start, drops off their kids Hanna (Meara Mahoney Gross) and Solly (Maxim Jasper Swinton) at his apartment in the middle of the night and then, without warning, vanishes.

Toby now straddles two worlds, one populated by hot-to-trot online paramours and the other full of parental burdens and responsibilities, and redefining his identity proves a bumpy process. Central to it is reconnecting with his beloved college friends Libby (Lizzy Caplan), a former men’s magazine journalist-turned-New Jersey stay-at-home mom who is married to a lawyer named Adam (Josh Radnor), and Seth (Adam Brody), a finance dudebro untethered—for better and worse—by commitment.

Like Toby, they’re far from satisfied. Libby, who’s also the show’s narrator, never achieved her dream of writing like her idol Archer Sylvan (Christian Slater), who’s famous for penning a one-sided and decidedly misogynistic divorce book, and she feels hemmed in by her traditional suburban confines. Seth, on the other hand, is so free that he worries he’s viewed by others as a fun-guy addendum of minimal value.

The proceedings’ fourth protagonist is Rachel, and though she’s initially MIA, thereby centering Toby’s perspective as the nominal “truth,” Brodesser-Akner eventually carves out considerable and compassionate space to also tell her side of things. As Libby remarks, there are no heroes and villains in this saga, just a collection of flawed people who can be idealistic and cynical, optimistic and defeatist, kind and cruel.

Fleishman Is in Trouble is a show of tremendous empathy, which it expresses by plumbing its subjects’ individual and interpersonal depths, investigating the cause-effect dynamics that gave rise to their hopes, fears and reactions. Refusing to simply celebrate or censure, forgive or excuse, it instead aims to know its characters to their cluttered, tangled, sometimes unpleasant core.

Fleishman Is in Trouble’s plot is too expansive to synopsize, as Toby grapples with Rachel’s disappearance and attempts to acclimate to his new normal, Libby struggles with ennui, and Seth searches for stability. As they flounder and flail about in smart and stupid directions, Brodesser-Akner’s series pings from one breathtakingly astute observation to another, be it about marriage (which is both a beginning and an end), divorce (and the way it not only taints the present and the future, but also the past), or growing old. That last inevitability proves most troubling for Libby, since it means coming to grips with the fact that youth’s infinite opportunities are all but completely gone—and, consequently, that she must find a way to be happy now that longing, desire and possibility have given way to contentment and stasis.

“To survive is to evolve. To evolve is to move forward. And to move forward is to recover,” says Libby, yet Fleishman Is in Trouble grasps that such transformative healing is easier said than done. Courtesy of a roster of excellent directors (Little Miss Sunshine’s Valerie Faris and Jonathan Dayton, American Splendor’s Shari Springer Berman and Robert Pulcini, and Alice Wu), the series evokes its characters’ anxiety through sharply cut montages, their regret and hurt via canny juxtapositions, and their topsy-turvy bewilderment and aimlessness by way of spiraling, rotating, upside-down camerawork.

Meanwhile, led by a phenomenal Eisenberg and Caplan, its stellar performances never simplify or court sympathy; on the contrary, they embrace ugliness and beauty in equal measure, recognizing that everyone is the sum of parts (accumulated from various stages of life) that don’t always fit nicely and neatly together.

Fleishman Is in Trouble is awash in prickly and pointed insights about the push-pull between ambition and altruism; the nature of compatibility; the terrible influence that formative incidents and traumas have on our later years; and the impossibility of seeing things clearly or predicting what our future selves will think and feel about current decisions. Additionally, it grasps the intricacies of marriage and divorce, and how they’re both the byproduct of countless separate and conjoined factors.

“How can you live when you used to have unlimited choices, and you don’t have them anymore?” asks Libby at the conclusion of Fleishman Is in Trouble, a query that’s really a lament for a youth, and a self that’s forever gone and yet always with her. With an acumen that cuts to the bone, and a sensitivity and generosity that’s overpowering, Brodesser-Akner’s masterful series maps the landscape of the interior and, in doing so, captures the messy complications and contradictions of the modern human condition.

Read more at The Daily Beast.

Get the Daily Beast’s biggest scoops and scandals delivered right to your inbox. Sign up now. 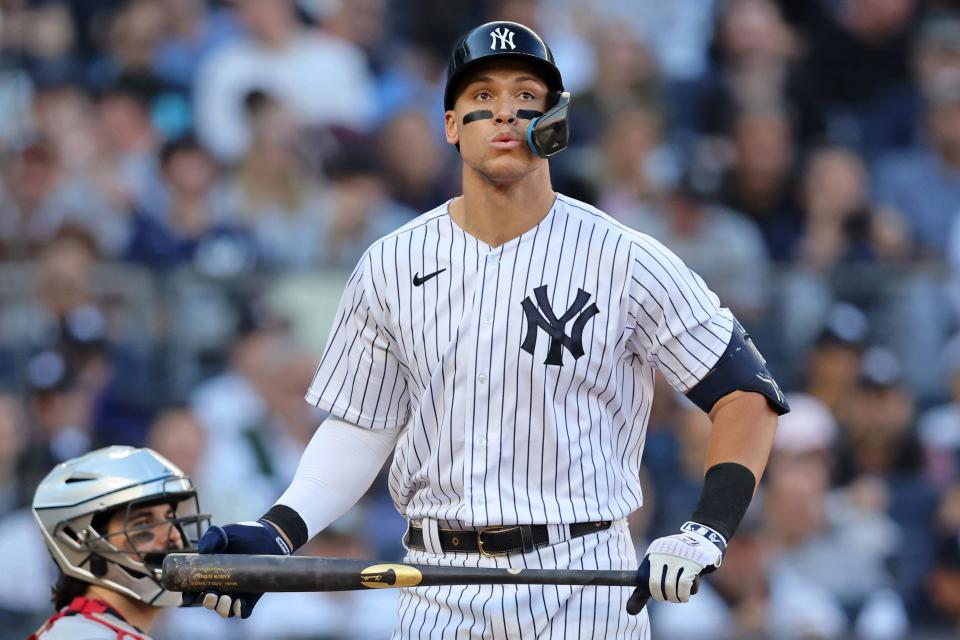