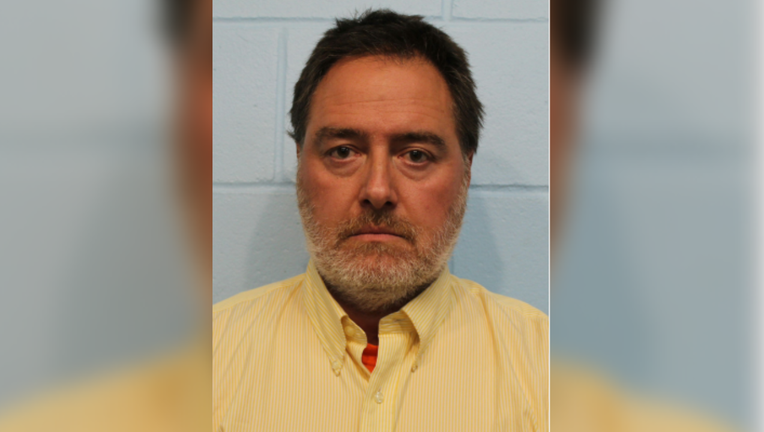 (FOX 9) – The man accused of a stabbing on the Apple River in Wisconsin that killed a teenager and injured four others maintained an active Facebook presence that gives some insight into his worldview.

The posts of Nicolae Miu, 52, a mechanical engineer from Prior Lake, Minnesota, largely consist of memes that reflect a love of guns and belief in self-defense, conservative political views, deeply held religious beliefs as well as a love for animals and boating.

According to the criminal complaint, Miu claimed self-defense in the incident, alleging the group of teenagers had attacked him, while prosecutors argue video footage from the scene shows he had “ample opportunity” to walk away from the situation before pulling out his knife.

His Facebook posts regularly show his love for guns — and his strong belief in the right to self-defense.

On Valentine’s Day of 2019, he posted a photo showing a gift from his wife: a black handgun in a heart-shaped box that was full of shiny bullets. The caption read: “Big thanks to my wonderful wife!. I love my present! Happy Valentine’s day to you too!

Many of his posts are memes created by the conservative advocacy group Turning Point USA, including several with anti-gun-control and self-defense themes.

One shows a black Glock handgun with text on the top and bottom that reads, “Making good people helpless won’t make bad people harmless.” Another is an image of a text that reads, “I believe in the right to keep and bear arms. A Facebooker has challenged all gun owners to put this on their wall. The U.S. Supreme Court has affirmed the right to keep and bear arms is a fundamental right of an individual. If you believe in the 2nd Amendment, and you a re (sic) not afraid to show it, re-post this!!. Guns don’t kill people, people kill people.”

Miu’s support of former President Donald Trump is evident in the pages he likes or follows, which include “Still my president, Donald Trump,” “Trumpian Republicans,” and “President Trump for Nobel Peace Prize 2020.”

But Miu rarely posted about Trump, preferring instead to share memes with anti-communist themes, often in a way that is common for people with heritage in former communist countries. One shows a figure dumping a hammer and sickle symbol into a trash can with the text “Keep your country clean.” Another, also from Turning Point USA, shows a red USSR flag with the caption “BEWARE OF RED FLAG LAWS.”

Facebook flagged several of the political memes he shared as being “disinformation.” But he shared two memes that seem to indicate he believed in the danger posed by COVID-19. One is a prayer chain asking for God to protect people from the virus.

Another reads, “I would rather miss my family and friends for a few months than never see them again. Share if you agree. #Stayathome.” That post, like many on his page, has been flooded with comments since the stabbing. One comment reads: “You should’ve taken this advice and just stayed at home. Now a family will never see their son again because of your psychotic rage. And we can only pray you will never see your family and friends either.”

On a day of high heat indexes the mood was somber as tubers returned to Apple River less than a week after a stabbing left one dead and multiple injured.

He regularly posted memes with religious themes. One, with a cursive font, says, “The angels have seen you struggling with something. The angels say it is over now, and a blessing is coming your way.”

Another is a widely shared image that says, “How many will post that God is still in charge?”

Loves animals and being on the water

His photos and videos show him out on a lake, water-skiing with his wife and grilling fish and chicken. Another shows him resting on a hammock

Animal memes are as common on his page as those with a political bent. He regularly posted photos of his Yorkie dog as well as Yorkie photos from other pages. Bears, moose and koalas also make appearances.

There is one “animal” that appears to be a Photoshop joke. It shows a stringy-haired bird, perhaps an ostrich, but with teeth like a horse and bulging eyes. The caption is a reference to pandemic lockdowns, “15 days containment. I’m fine, thank you,” it reads.

A recent comment replies, “haha how about LIFE without parole.”

Miu made his first court appearance, virtually, on Monday afternoon, during which the judge set his bail at $1 million cash. He was told he isn’t eligible for a public defender because of his finances, and he faces life in prison if he’s convicted of the top charge.

He remains in custody at St Croix Co jail and has a preliminary hearing at 10 a.m. on Aug. 12.